The Perils of Postmedia: News staff out, managing editor in, at Edmonton Journal

“The Press” … back in the day when the Edmonton Journal was a great newspaper. Below: soon-to-be Journal managing editor Stephanie C 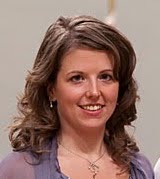 Just when it didn’t seem like another drop of blood was left to squeeze from its various Alberta stones, Don Mills, Ont.-based Postmedia Network Inc. pushed another five senior newsroom employees out the door of the Edmonton Journal on Friday.

Reports from Alberta’s deep south indicate a similar number of newsroom staffers were made to walk the plank at the Calgary Herald about a week earlier.

The situation at the Journal is actually worse than it appears at first glance, however, since not included in the casualties listed above are a veteran newsroom administrative support worker, gone from the building the same day after decades on the job, a talented young reporter who recently quit in disgust at the lack of support for journalistic effort, the newsroom’s Web and social media guru, who also quit, and a significant number of distribution employees.

Several other respected Journal reporters, editors and executives had already departed either during a round of layoffs and packages last fall or soon thereafter. Together, insiders claim these departures leave the paper with only about a dozen city-side reporters to cover the news in a city of close to a million people.

Possibly related to this, an announcement is expected tomorrow of a newsroom managerial reshuffling that is said to include the addition as managing editor of Stephanie Coombs, late of the Ottawa Citizen and more recently city editor of the self-evidently unhyphenated Victoria Times Colonist.

Ms. Coombs’ coruscating trajectory follows the path across the cosmos described by the Journal’s recently appointed editor in chief Lucinda Chodan, who is also a veteran of the once-great Victoria newspaper founded by Amor de Cosmos in 1858. That paper was known in those pre-media non-network days as the Daily British Colonist. For his sins, Mr. de Cosmos was briefly premier of British Columbia.

Probably more important to the decision-makers at Postmedia, however, was Ms. Chodan’s history at the Edmonton Sun, which some time ago went down the same dreary path now being trod by the Journal’s weary and diminished editorial staff.

Interestingly, some Journal insiders assert the latest bloodletting will leave the city room with a staff-to-management ratio of about two to one – that is, half a dozen or so senior editors to supervise about a dozen front-line newsroom workers.

At the risk of flogging a dead horse, anyone who has served any time in the newspaper business understands that this kind of staff cutting usually improves the bottom line in the short term at the expense of the quality of the journalistic product over time. The effect of this phenomenon is one of the key reasons for the decline of the Canadian newspaper industry, which the newspaper executives who made these foolish decisions inevitably blame on the Internet.

The desire for short-term gains regardless of cost at the metaphorically named Postmedia may be related to the corporation’s parlous financial state, described last month in the company’s own Financial Post publication as the effect of a combination of non-recurring charges related to cost-cutting and “declines in print advertising.” However, a series of acquisitions and other business decisions made over several years by owners including Southam Inc., Hollinger Inc. and Canwest all contributed to this doleful state of affairs.

Certainly, Postmedia President and CEO Paul Godfrey was quoted as saying in the same FP story that “debt repayment and cost management will continue to be priorities in the ongoing transformation in our business.” And so it would seem!

Postmedia may be extremely anxious to cut costs to make its stock more attractive, since it is “imperative” for the company to sell shares “if it wishes to remain a Canadian newspaper publisher under tax laws,” the FP story explained. “Under the law, advertisers are permitted to write down ad expenses spent on advertising with Canadian newspapers.”

Alas for Postmedia, its current owners are made up “primarily of U.S. hedge funds and banks that are former creditors of Canwest Global Communications Corp. The group bought the assets after the media conglomerate filed for creditor protection and was forced to sell.”

This all has remaining Journal employees on their knees nightly praying to whatever deity they worship that someone will buy the Journal and somehow return it to its salad days, when it had the reputation as the best newspaper between Vancouver and Toronto – or at least between Kamloops and Medicine Hat.

Lending credence to their fevered hopes is the fact that Linda Hughes, the Journal’s respected former editor and publisher who retired in 2006, was last year appointed to the board of Torstar Corp., publishers of the Toronto Star. As readers of this blog know well, the Star is the last great newspaper still publishing in Canada.

At least once before in recent years, Torstar looked at the Journal as a potential addition to its stable of newspapers.

Will Ms. Hughes and the Torstar Boys ride to the rescue of the beleaguered Journal? Tune in next time for another exciting episode of the Perils of Postmedia!