O’Hanlon, Kirkup sworn in as leaders of national union 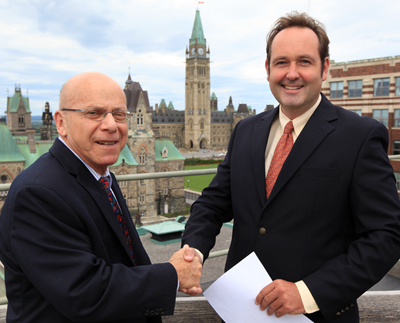 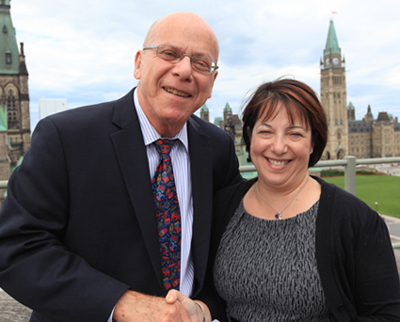 Martin O’Hanlon was sworn in today as Director of CWA Canada although he will not officially begin in the full-time position until Aug. 30. O’Hanlon, 44, is taking a leave from his regular job as parliamentary editor for The Canadian Press, where he continues until the end of this week.

Arnold Amber, the outgoing Director, conducted the official swearing-in of O’Hanlon and Lois Kirkup, 50, who was acclaimed as Deputy Director in May. The president of the Ottawa Newspaper Guild became Treasurer, also by acclamation, a month earlier at the spring meeting of the National Representative Council. Kirkup will serve in both volunteer positions on the executive until a new treasurer can be elected at the next NRC meeting in April 2012.

O’Hanlon, a member of the Canadian Media Guild who last month was declared the winner in national elections, had been Deputy Director for seven years.

“I am looking forward to working with everyone to make this the most progressive and dynamic union in Canada,” said O’Hanlon.

“I’d also like to pay special tribute to Arnold Amber, who steps down after 16 years at the helm of the union. Arnold has been a strong and visionary leader who built CWA|SCA Canada into what it is today. We are grateful for all he’s done and will welcome his ongoing advice.”

CWA, IBEW agree on bargaining approach with Verizon →
← A newspaper company that prints all the right numbers