The International Partnership Mission on safety and protection of journalists and press freedom in Ukraine, currently in Kiev, strongly condemns the violence that today claimed the life of Vesticorrespondent Vyacheslav Veremyi and left at least 27 journalists injured.

The delegation of national and international freedom of expression and media support groups, which includes Reporters Without Borders, calls on the Ukrainian authorities to allow an immediate, independent, and transparent investigation and to bring those responsible to justice.

« Over 167 journalists have been injured since the beginning of the political crisis in Ukraine in late November 2013. Many of these journalists were deliberately targeted and none of their cases have been properly investigated. This state of impunity is unacceptable and fuels more violence. We call on all parties to facilitate de-escalation of the situation and show respect for the work and the physical integrity of media personnel, and we remind the Ukrainian authorities of their responsibility to ensure journalists’ safety. We call on the international community to use all leverage possible to facilitate these aims », said the mission members. 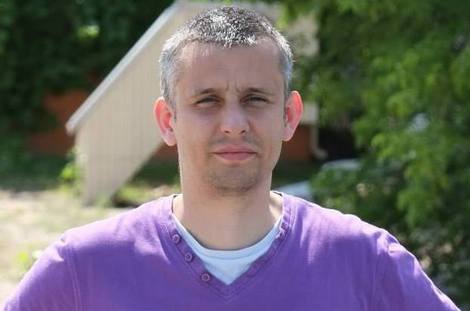 33-year-old journalist Vyacheslav Veremyi died of gunshot wounds in a Kiev hospital today, in the early morning. He was dragged out of his taxi by unknown assailants in the city centre, while returning home from Maidan Square. The journalist was violently beaten up, and according to witness accounts, he was shot in the stomach after he showed his press card.

At least 27 journalists were injured while covering the violent clashes in Kiev on 18 and 19 February. Most of them were attacked by members of the « Berkut » special forces and unidentified assailants.

The International Partnership Mission is also very concerned by censorship attempts such as the blocking of Channel 5 broadcasts across the country since 18 February.

The International Partnership Mission on safety and protection of journalists and press freedom in Ukraine includes representatives of the National Union of Journalists of Ukraine (NUJU), the Independent Media Trade Union of Ukraine (IMTU), the Ukrainian Association of Press Publishers, the European and International Federations of Journalists (EFJ/IFJ), International Media Support (IMS), Open Society Foundation, WAN/IFRA, Article19, Reporters Without Borders and the OSCE Representative on Freedom of the Media. The delegation’s 19-20 February 2014 visit to Kiev aims to gather first-hand information about current press freedom violations in Ukraine, to show solidarity with journalists at risk, and to coordinate further responses.