The biggest challenge I find in talking with people about economic, labour and social justice issues is that they get so blinded by ideology, prejudice and ignorance that they can’t focus on the main issue: what’s fair. 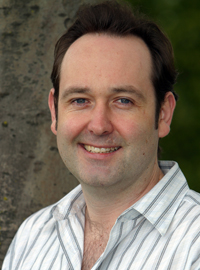 When you strip away the labels, politics and prejudices and ask about core issues of fairness and justice, people of all political persuasions have similar opinions.

The trouble is that many people get distracted by destructive appeals to emotion — talk of “lazy” workers, “greedy” unions and over-paid bureaucrats — and are unable to see the biggest threat to society: the huge economic inequality out there.

People are more concerned about what their “lazy” neighbour is earning rather than the fact that some companies and billionaires are raking in obscene profits while failing to pay a decent wage — hello Walmart.

Some would rather see laws that restrict unions and workers than laws that raise wages and guarantee fair working conditions.

The implications for society are huge: wealth becomes concentrated in the hands of the 1%, who keep most of it locked away out of the economy, and people are unhappy in their jobs and their lives.

If wages were raised, much of that money would go to workers who would spend it, providing a huge economic boost. And good working conditions mean happier workers and happier families. I think we all agree that’s better for society.

Until people see the Big Picture, overcome their prejudices and ignore those who attack labour for their own selfish gain, we cannot realize our true economic, social and human potential.

That brings us to Labour Day 2013 and a fresh effort to educate Canadians about the vital role unions play in improving society.

We will help engage millions of union members in conversations about how unions have improved their lives and share their stories with Canadians.

Labour Day isn’t just an opportunity to honour workers with a day off. It is a time to reflect on the many contributions labour makes to building a better country.

Unions have brought about many society-changing improvements: the weekend, the 40-hour work week, medicare, overtime, pensions, health and safety laws, on and on. It is thanks to unions that we can spend time with our families, take a sick day off with pay and live a decent life.

It’s not just about all the huge improvements unions have brought about in the past; it’s about defending what we all enjoy as Canadians and continuing to make society better.

That’s why our union is working hard with the CLC to improve the lives of all Canadians, for example by bolstering the Canada Pension Plan, which will help everyone when they retire regardless of whether they are a union member.

Unfortunately, the good and important work unions do is often ignored. Some in business and politics — whether for profit or political gain — falsely blame unions for problems in our society and economy.

That’s why the “together FAIRNESS WORKS” campaign is so essential. It’s vital that everyone understands how much unions contribute to their prosperity, health, income, safety and security.

Have a Happy Labour Day and please tell everyone that “together FAIRNESS WORKS” – because your union makes your life and your community better!

Let’s fight the good fight, together.